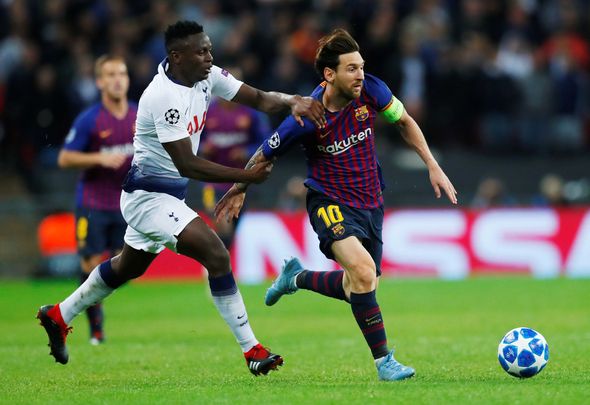 West Ham United’s midfield has been a hot topic this season, with the number of injury-ravaged players increasing as the term progressed.

That is why it would make sense for them to recruit a central midfielder in the summer, just in case the same scenario happens once again – after all, it has been proved that the Hammers have injury-prone players.

That being said, Football Insider have reported that the Irons fear that Tottenham could block their attempts to sign their midfielder Victor Wanyama.

There is no denying the quality that the 27-year-old has, that is for sure. He has been excellent for Spurs previously, but it is no secret that his injuries have ravaged his progress.

He missed the majority of the last campaign due to a knee injury, and that setback has seen him sit on the sidelines for most of this season too.

That is why many of the West Ham fans will surely be jumping for joy that the likes of Daniel Levy could block their hopes of signing the Kenya international. In fact, it is a blessing in disguise for the club.

The Irons’ frosty relationship with the Spurs board is the one thing that could stand in the way of them signing Wanyama, but when you look back at the number of injury prone players West Ham have recruited in the past – namely Andy Carroll and Jack Wilshere – surely it is best that he does not join?

Pellegrini has had his fair share of players like this, and based on Wanyama’s record, he is not guaranteed to remain fit for a whole season. They should count their lucky stars that Levy could stand in the way of a potential transfer.

The report says that the 27-year-old is likely to be sold by Spurs in the summer, but if this news is anything to go by, West Ham have a very slim chance of snapping him up.