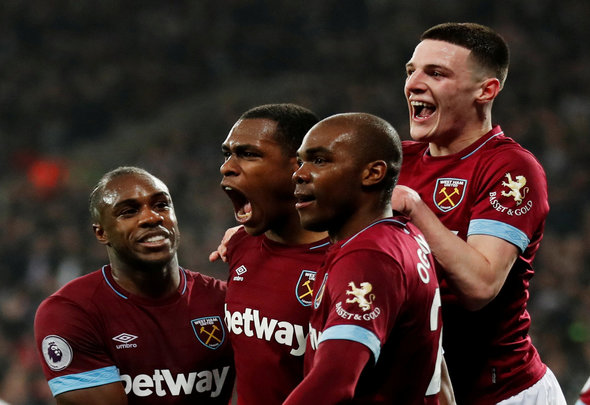 West Ham United need to get back to winning ways after back-to-back defeats against Everton and Chelsea, and they could not have a tougher way of achieving that when they face Manchester United this Saturday.

The Hammers’ overall display did improve against the Blues despite the 2-0 loss, but they will now need to replicate the same winning result that they had over the Red Devils back in September.

One way that they can do that is by recalling Michail Antonio to the team after he missed Monday’s clash with a minor ankle problem, with the 29-year-old expected to be fit after Manuel Pellegrini confirmed in his pre-match press conference on Thursday – as relayed by Football London – that the only doubt is Samir Nasri.

Grady Diangana could make a case for starting, but Antonio must start this one ahead of him. His inclusion in the starting XI would then mean that Pellegrini will have to decide who will lead the line out of Javier Hernandez and Marko Arnautovic.

However, with United’s Luke Shaw suspended for this fixture, it makes complete sense for the manager to unleash Antonio on Saturday, as it means that winger can exploit the weakness that they will have in this area.

Antonio has been a bit of a mixed bag this season, but he is definitely the man for this job. His experience trumps that of Diangana’s, and there is no doubt that he will prove to be a right menace down the right flank due to the void left by Shaw.

Right-back Ryan Fredericks did not get forward enough against Chelsea, but he will have to this time in order to help Antonio out and cause the United defence as many problems as possible.

He can cement a first team place if he is selected and impresses, so over to you, Michail.