West Ham in the hunt for AC Milan Playmaker 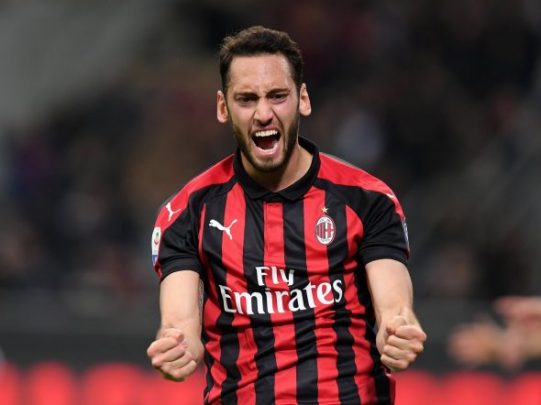 West Ham are in the hunt to sign AC Milan playmaker Hakan Calhanoglu, according to Fanatik.

The Turkish publication claim on their website that the midfielder, who has been involved in seven goals this season after playing 31 games for the Italian giants, is valued at £26million (€30million) and fellow Premier League side Leicester are also interested in bringing the former Bayer Leverkusen player to the English top flight.

The report details that 41-cap Turkish international Calhanoglu, 25, would be open to a switch to England and can play anywhere in an attacking three behind the striker, having been put up for sale by AC Milan.

This would be a great piece of business for West Ham and Manuel Pellegrini. The Hammers have struggled for options in the final third this season with injuries to key players such as Manuel Lanzini and Andriy Yarmalenko. There is some sort of reliance on Brazilian Felipe Anderson to create for which ever front man plays and Michail Antonio has been shoe horned into a winger when he is much better playing centrally. Calhanoglu can use both feet and find the net from distance with ease, his set pieces are a sight to behold and would offer West Ham a new dimension in the final third. Pellegrini must be scratching his head for who to play and Robert Snodgrass played more centrally against Leicester which would be very much more suited to the Turkish midfielder who could make the players around him better at the same time. £26million is a bargain in this current market and fits into West Ham’s reported budget of around £30million.