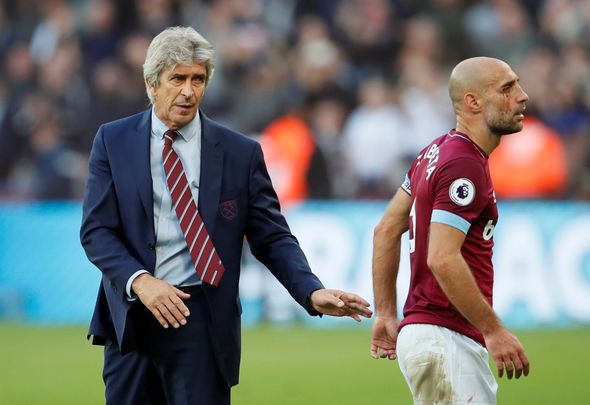 West Ham United are already looking for solutions at right back this summer with mounting uncertainty at the position, according to the Daily Star.

The newspaper claims that the club are hard at work to try and figure out what’s next at the position, with uncertainty surrounding the futures of Pablo Zabaleta and Sam Byram.

The former is out of contract at the end of the season, but at 34 years of age he is not a long-term answer, while Byram has endured an injury-hit campaign on loan at Nottingham Forest and is unlikely to work his way back into manger Manuel Pellegrini’s plans.

That leaves only Ryan Fredericks, but with the former Fulham man having experienced an up-and-down first season in East London further reinforcements are needed.

Both the full back positions feel like they desperately need to be strengthened come the summer. The right hand side is in better shape than the left, there’s no doubt about that, but it could still do with some work. As mentioned, Byram, who was once thought of as the future, is no longer a viable option for the Hammers. Zabaleta, meanwhile, is a year-to-year proposition even if he does remain at the London Stadium. Then there’s Fredericks, who is the best of the bunch but needs greater competition if he is to kick on next season. A new right back to challenge the 26-year-old would be ideal. Pellegrini obviously realises that and has already set the wheels in motion ready for the summer. If the Chilean can add talent in both full back positions and in a few other areas as well then West Ham should be well set for the next campaign.