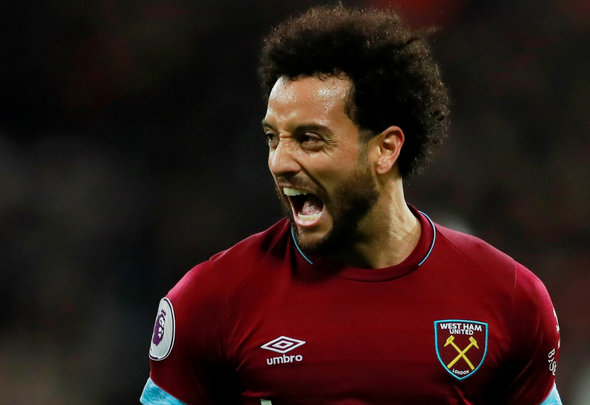 The broadcaster reported the news on their transfer centre [21/03; 12:13], claiming that the Madrid boss is prepared to make a stunning £65million move for the Brazilian if his side miss out on Hazard.

The former Lazio man arrived at the London Stadium for a club record £33.5million last summer and has impressed greatly in his debut campaign in England.

Hazard remains Madrid’s number one target, but Anderson has emerged as a shocking back-up option for the European champions.

Who saw this one coming, eh? Hazard has long been linked with Madrid and it seems almost inevitable that the Belgian superstar will end up in the Spanish capital, but Anderson? That’s a strange one. The 25-year-old has done well at West Ham in his first Premier League season, particularly early on, but he’s really done nothing to show that he is a Real Madrid quality player. Would anyone really start him over the likes of Isco, Marco Asensio and Lucas Vasquez? No, not really. It’s strange that Zidane wants him this badly and is prepared to spend so much money on Anderson. £65million would essentially double West Ham’s money and so this would be a lucrative deal for them. Obviously the Spanish giants would need to miss out on Hazard for this to happen, which doesn’t seem too likely, but would West Ham fans view this as a bad deal? It’s debatable.