West Ham should swoop for Abraham 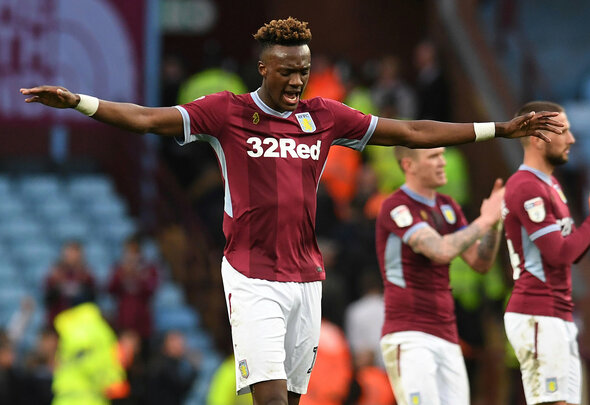 A good striker is worth his weight in gold. Teams need goals, whether they’re fighting relegation or shooting for titles, and finding that one key figure who can carry a side on their shoulders.

Tammy Abraham has proven that he can be that man. The 21-year-old has hit 21 goals in all competitions this season for loan side Aston Villa, and his remarkable form has attracted a fair amount of attention from the Premier League.

Interest may not be exclusively limited to England, however, with The Sun reporting that RB Leipzig are considering making a £20 million move for the Chelsea star.

The Hammers need a new front man, with Andy Carroll well past his best and Javier Hernandez repeatedly linked with a move away.

Marko Arnautovic has committed his future to the Irons, but how long that lasts remains to be seen, and even if the Austrian does stay, he still doesn’t represent the traditional centre forward figure that that fans will crave.

Abraham does. The striker is a classic hold up man in many respects, but he has proven time and time again this campaign that he is more than just a battering ram.

His finishing has been pinpoint all year, his running is intelligent and relentless, and he has matured into a top tier player.

He may not be the finished article, but at £20 million he would be a steal, and an opportunity that West Ham would kick themselves for missing.