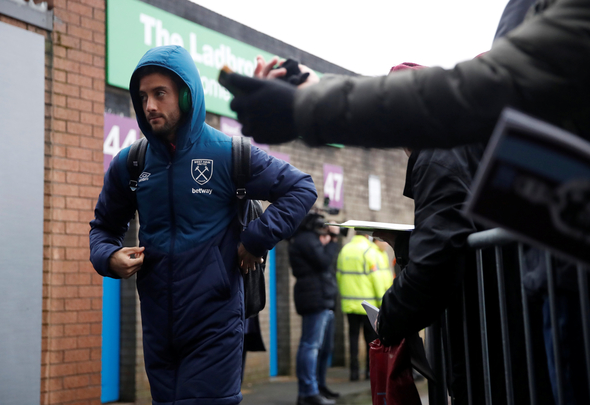 West Ham United are yet to receive any contact from European champions Real Madrid for midfielder Felipe Anderson, according to Claret & Hugh.

The reliable Hammers news outlet claims that a club source informed them that they have not received any approaches from any clubs for any of their players.

This update comes after Sky Sports reported on Thursday that Madrid were keen on bringing Anderson in if they fail in their much-anticipated pursuit of Chelsea winger Eden Hazard this summer.

This is exactly what West Ham supporters will have wanted to see come out after Thursday’s worrying update. The idea of Madrid going in for Anderson seemed bizarre from the moment Sky Sports reported it on Thursday. This is arguably the biggest club in the world who could sign any winger they want, and they’re going to settle for the West Ham star? That seems unlikely. Not to say that Anderson isn’t a good player, but he’s certainly not Madrid quality at this stage of his career. We’ve seen better players than him go to the Bernabeu and struggle to make an impact, so you wonder what Zinedine Zidane sees in him that the rest of us don’t. To be fair, that’s probably the difference between a world class player and manager and us mere mortals. Having said all that, the Hammers faithful will be desperate to keep one of their most talented players at the club for the foreseeable future, and so this update will be most welcome for them.