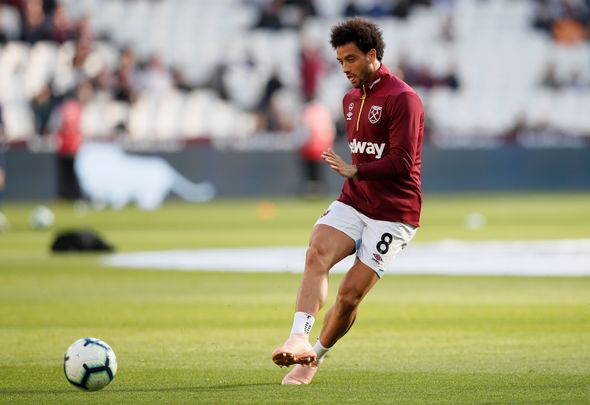 Phil Thompson slammed West Ham attacker Felipe Anderson for his display during his side’s 1-0 defeat to Tottenham on Saturday.

The Sky Sports pundit revealed that the Brazilian winger left him disappointed and Hammers fans angry as he was really poor during his side’s clash with their London rivals.

Thompson highlighted the fact Anderson’s set-plays were awful and claimed that the player perhaps couldn’t handle the atmosphere at the London Stadium.

“Thought he was really poor, his set-plays he couldn’t get it more than three foot off the ground and the fans got so angry towards him and the game just drifted away.

“I don’t think he can handle that sort of atmosphere but certainly in the second-half there was nothing wrong with their (West Ham’s) commitment.”

This is a very fair assessment by Thompson as Anderson was not at the races against Spurs. The Brazilian winger has showcased what he is capable of this season, yet didn’t have any form of positive impact on Saturday’s game. Anderson let the match pass him by and he could have done more to enable his side got a positive result. On his day the Hammers attacker is a joy to watch as he has silky skills that enable him to bamboozle his opponents and clearly he is able to deliver fantastic crosses and set-piece when at his best. Thompson suggested that Anderson couldn’t perhaps handle the atmosphere at the London Stadium, where fans won’t let you get away for poor performances and that’s a worry. The winger has all the tools in his locker but if simply can’t handle the heat, then it suggests he might not be mentality strong enough to handle playing for a club like the Hammers where fans demand everyone of their players give their very best. Hopefully Thompson’s assessment of the player in that regards is wide of the mark as that doesn’t spell a bright future.