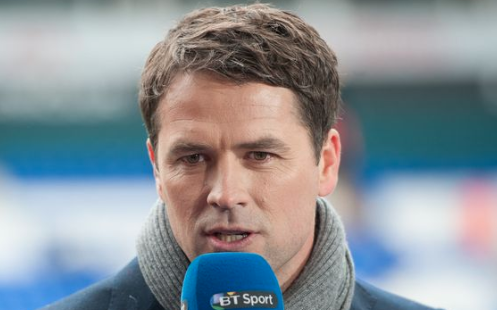 Michael Owen predicted West Ham’s clash with Leicester City on Saturday to produce goals and backed both teams to score.

The Hammers are set to travel to the King Power Stadium to face the Foxes and Owen shared that he thought it would be an entertaining clash.

Owen then remarked on both side’s recent form and suggested that the Hammers despite losing seven of their last ten away games, could take hope from the fact they beat the Foxes at the King Power Stadium last season.

When talking about the Foxes’ recent form, the pundit shared he was left disappointed after watching Arsenal defeat them 3-1 on Monday.

“West Ham have lost seven of their last 10 away league games although they did win at Leicester during that run towards the end of last season,” wrote Owen for BetVictor.

“Having started so brightly at the Emirates on Monday night, I felt the Foxes were, ultimately, disappointing, although some of Arsenal’s football was out of the very top drawer. I think there will be goals at the King Power in an entertaining clash.

“Both teams to score.”

Owen clearly avoiding backing either side to win as it’s a difficult game to predict. Both the Hammers and Leicester City have shown their supporters positive signs that a good season was afoot, but have also failed to shine at times. Hopefully Owen is right to highlight the fact that the Hammers did get a win when playing Leicester City away last season as it shows they’re capable of gaining a victory on the road. Manuel Pellegrini is no doubt aiming to get all three points on Saturday as before you know it people will be questioning him once again. The Hammers have lost their last two league games and despite impressing against Tottenham on Saturday, football is a result based game. The experienced manager had a rough start to life at the London Stadium but clearly has the ability to make Hammers supporters have a happy away day at the weekend.