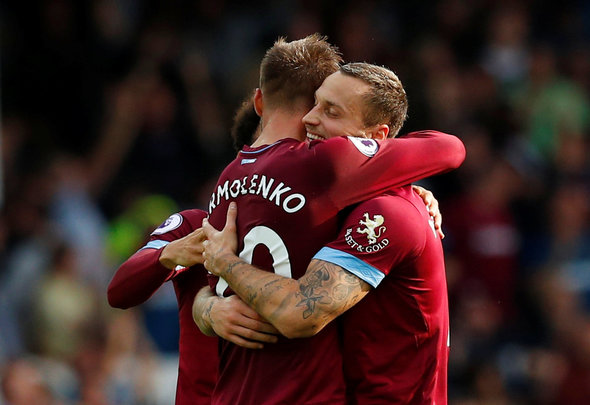 Brighton and Hove Albion striker Glenn Murray has warned his teammates about the quality of West Ham United forward Marko Arnautovic ahead of their clash on Friday.

The Hammers visit the Amex in a few days’ time aiming to continue their good run of form, and Murray believes that the Irons’ talisman is a “fantastic player” who they will have to keep “a lid on.”

However, he also aimed a slight dig at West Ham, claiming that the 6ft 4in [Transfermarkt] ace “carried the team” at some points of last season.

“He’s a fantastic player and he’s shown that at West Ham. He almost carried the team at stages last year and he showed what a top quality player he is,” he told the Argus

“He’s set off again in the same vein of form that he ended last season. He is the danger man and we’ve got to try to keep a lid on him.”

It comes as no surprise that Murray has pinpointed Arnautovic as the player who has a lot of quality. As he pointed out, he is an excellent player who they will have to keep quiet on Friday. He has been one of their standout players this season, and if anybody is going to cause the Seagulls some damage, it is the Austrian attacker. However, Murray has aimed a slight dig at West Ham by saying that Arnautovic carried the team for some points of last season – but, he is not far from the truth. The Hammers did not have the same quality that they do this year than they did under Slaven Bilic and David Moyes, and Arnautovic was key to securing their Premier League survival last term. West Ham are lucky that the board have invested in players in the way that they have, otherwise they would be in the mix for relegation this season. Nevertheless, Brighton will have to keep “a lid” on him if they are to get a positive result on Friday.