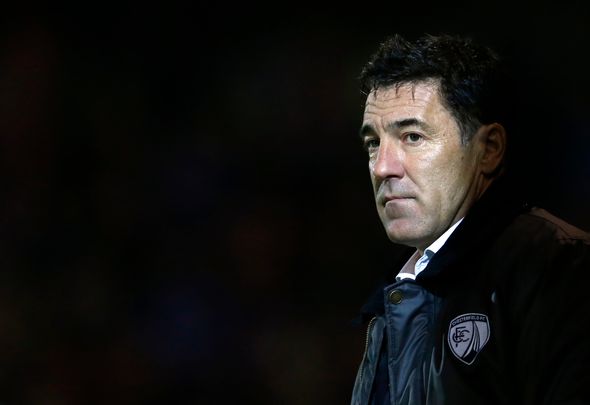 Dean Saunders shared that West Ham have plenty of quality upfront but berated the club for spending £100million in the summer transfer window and not fixing their defence.

The 54-year-old, who works as a pundit for BT Sport and regular appears on BT Sport Score, shared that he thought Liverpool could have scored eight when they faced the Hammers as he slammed the club’s defence.

Saunders claimed that their defending bordered on “suicidal” and highlighted the fact that James Collins had been linked with a return to the club as showing that problems still remained.

“Both defences are in a bit of crisis (Arsenal and West Ham),” said Saunders on talkSPORT (11:52am August 22nd).

“They spent £100million and they still haven’t got a back line.

“No Moose (responding to Ian Abraham’s response that spending 100million doesn’t mean you’re competing in top-half) I’ve heard you say you can go to Anfield with the best team ever and still lose but Liverpool could have scored eight all for the same reason, the backline was too high, miles too high.

“They’re getting tap ins in front of the goal and it was like suicidal defending, then you’ve got to put James Collins back in all of a sudden.”

The Hammers were defensively woeful last season and after just two games into the current campaign find themselves with a defence that looks all over the place. While Saunders pointed out that the Hammers defence looked weak despite spending big, it’s not like Manuel Pellegrini didn’t oversee the cash being spent on new defenders being brought to the club to address the issue. However building a rock solid defence does take time and perhaps the manager simply hasn’t worked out the right combination as of yet. This could very well be the case seeing as Issa Diop who the club excitedly signed from Toulouse in a big-money deal is yet to be given an opportunity to feature since the season got underway. The BT Sport pundit may have believed that criticising the Hammers’ defence while complementing its attack would see him shot to bits, but he is wrong to think that. It’s hard to imagine there being many supporters of Pellegrini’s side that wouldn’t feel the same way. Also it’s worth noting that while Saunders thinks Collins is back in the fold as of the now, the club are only considering re-signing him (Source: The Sun).