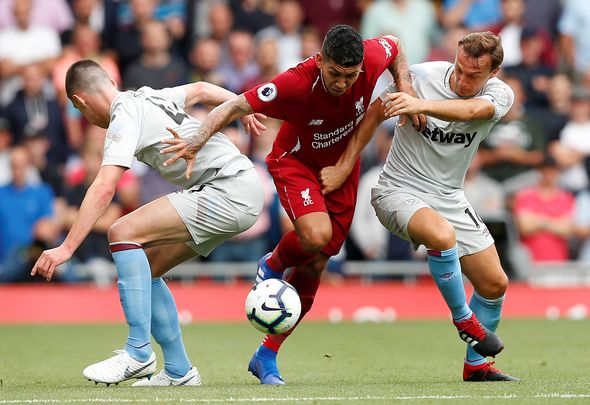 West Ham United captain Mark Noble is confident that youngster Declan Rice will bounce back after being substituted at half time in the club’s 4-0 defeat to Liverpool.

The Hammers could not cope with Liverpool’s attacking dynamism throughout the game, and a struggling Rice was brought off at the break by manager Manuel Pellegrini.

However, captain Noble thinks supporters shouldn’t be too concerned about the 19-year-old, who has become a first team revelation over the past 12 months, despite his 45 minute struggle against the Reds

“Declan may be young and still learning the game but he has such a good head on his shoulders – he’s mentally strong and he believes in his own ability,” he wrote in his London Evening Standard column.

“It’s great to be like that, although Declan knows he can come and talk to me at anytime. Knowing Declan, he will use last weekend as a learning curve and as a spur to go on and continue to improve. He will be fine.”

You never know quite how certain scenarios are going to affect young players, and a half time substitution in a big game is one of those situations which could knock a 19-year-old’s confidence. It appears, however, that Rice is a level-headed young man who will take this disappointment in his stride. Substitutions are not always because someone is playing badly, they can simply be a tactical change by the manager, and boy did West Ham need one of those on Sunday. From what Noble is saying, Rice is a resilient character, and it’s heartening to see the captain come out and praise the attitude of a young player. Noble will know himself that he, nor the team, played well enough at Anfield, and he’ll be looking for much progress against Bournemouth this weekend. Whether Rice will keep his place in the starting line up remains to be seen, but it appears the young man will be fine either way.