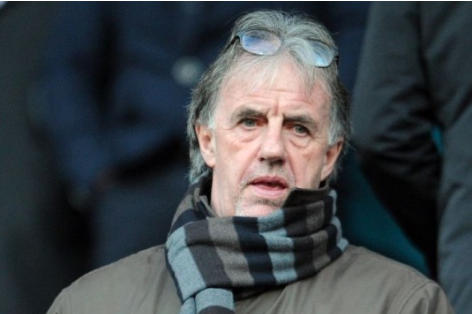 Mark Lawrenson has predicted a draw between West Ham United and AFC Bournemouth when they meet at the London Stadium this Saturday.

The Hammers welcome the Cherries this weekend, and are undoubtedly hoping to improve upon their start to the season, which saw them lose 4-0 to Liverpool.

They travelled to Anfield on Sunday hoping to hit the ground running, but the Reds proved to be too strong for them as they soared to a convincing victory.

Match of the Day pundit Lawrenson has tipped both sides to earn a point in this fixture, predicting the final outcome as a 1-1 draw.

“I was at Anfield on Sunday to see West Ham’s 4-0 defeat by Liverpool, and they were far too open,” Lawrenson wrote on BBC Sport.

“New Hammers boss Manuel Pellegrini has bought a lot of attacking players and probably wants to play in a way that gives his side’s fans something to get excited about. But if they are going to keep leaving the back door open like that all season, they are going to be in trouble.

“If Pellegrini had set up in 4-5-1 and sat deep, I would have understood, but Liverpool carved them open almost at will – and the scoreline could have been a lot worse.”

West Ham did not enjoy a successful start to the season, and they will be hoping to pick up some points against Bournemouth. The Cherries do not have the best away form, something of which Pellegrini will need to take advantage of if he wants to get some points on the board. However, Bournemouth will be a tough nut to crack, and there is no reason why they cannot get a result here. The Irons will have to keep their defence a lot more compact than they did against Liverpool, as not doing so caused them all sorts of problems – and teams can cut right through them as a result. Their attacking players will be crucial to this game, and it will be the perfect stage for new signing Felipe Anderson to show the fans why he was worth the money and make a significant impact. He has the ability to hurt teams – but he needs to show that to the supporters.