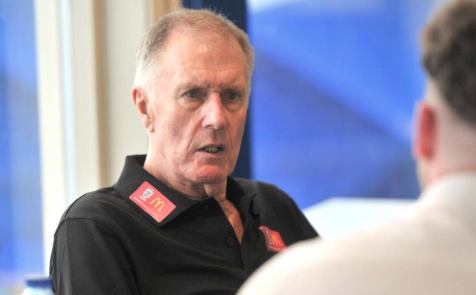 The Hammers have so far registered no points on the board after two losses on the bounce, with Liverpool and Bournemouth both securing all three points against Manuel Pellegrini’s side.

However, club legend Hurst is optimistic that his former club can aspire for the top-six, although admits that may come in years to come as the club make “gradual” progression both on and off the football pitch.

“It looks very positive but you never know, like at any club, when you buy a lot of players whether they are going to fit in. On the surface, and what we have seen so far, as a West Ham fan it looks very encouraging,” he told Goal.

“What we are looking for this year is a gradual improvement, bearing in mind were in the bottom three last year for a long time. So improvement for us is, and I am being conservative, is to be in mid-table and out of trouble, not looking over our shoulder and then we can aspire to get towards that top six.

“With the enormous amount of money that the big clubs are spending, we are not there yet, but if we can get close then everyone will be quite happy with that. For me, that would be a big step after what was a disappointing year last year.”

Any former player making a season prediction for their former club are always going to have some sort of bias, but the fact he thinks that the club can aspire towards the top six will be very encouraging for the fans. Obviously, right now they are thinking the worst after their dreadful start, but hearing words like these from a senior football figure like Hurst must be music to their ears. Based on the signings that the Hammers have made, Hurst could not be far wrong in his predcition, but first, the new players need to gel with their teammates to get positive results. Yes, they have talent in the shape of Felipe Anderson for example, but he has not really showed us what he is about yet. West Ham’s style of play is obviously vastly different to what he experienced in Italy, and he will need time to adapt. Fingers crossed for the supporters that Hurst is right, and that West Ham can go on to do great things this season.