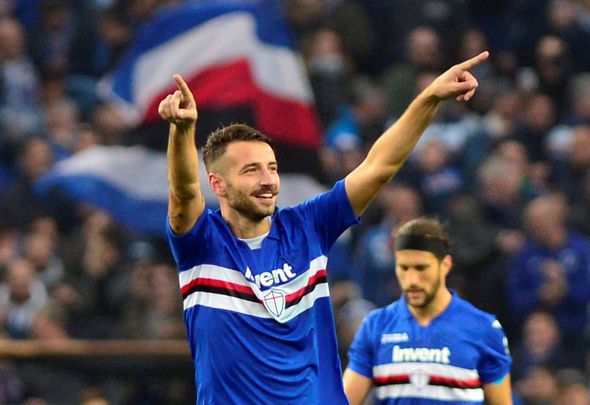 West Ham are in the hunt for Sassuolo defender Gianmarco Ferrari, according to Corriere Dello Sport.

The Italian newspaper list the Hammers, alongside Everton and Spartak Moscow, as being teams interested in signing the 6ft 2in tall (Source: Transfermarkt) centre-back.

Corriere Dello Sport report that Ferrari is valued as being worth in the region of 8-10 million euros (£7million to £8.8million) by Sassuolo.

Yes as they need to sign another centre-back this summer in order to boost their options at the back.

The 24-year-old spent his 2017/18 campaign on loan at Sampdoria where he featured 31 times for the Serie A side and impressed many with his displays.

Ferrari is more than capable of being an enforcer that Manuel Pellegrini would benefit from signing in this window as he is a strong tackler of the ball and is always determined to stop his opponent anyway he can.

This often sees the enforcer putting his body on the line to block the ball and his determination to succeed for his side will see him become a favourite among supporters at the London Stadium.

There’s definitely a chance as after the club had a terrible defensive record in their 2017/18 campaign then Pellegrini is no doubt aware he needs to recruit as many defenders as he can this summer.

The Hammers have already welcomed Issa Diop to the club and Ferrari would be another suitable centre-back for the club to sign.

With Ferrari being valued in the region of £8million by his club, as that’s the figure nearly directly between the range stated in the newspaper’s report, then it seems an affordable deal within the Premier League side’s reach.

All the Hammers need to do is act fast to make their interest in the player concrete as that should see them beat the Toffees and Spartak Moscow to his services.