West Ham must move for Sturridge 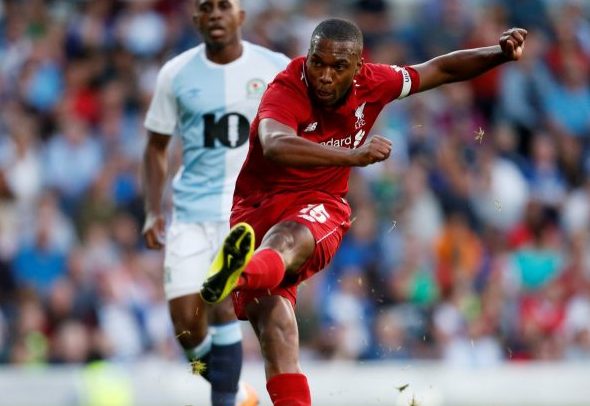 As recent media reports claim that Daniel Sturridge will remain at Liverpool this summer, West Ham must make him an offer he can’t refuse.

As reported by the Liverpool Echo, Sturridge is set to stay at the Merseyside club this summer after manager Jurgen Klopp praised the forward’s ability.

“Who doubts Daniel Sturridge when he is fit? I don’t,” Klopp told the Merseyside-based outlet.

“He is an outstanding player when he is fit. The future is bright. He is still young enough. It is not as if he is 30-something. He is experienced.

“He has natural arrogance that you need on the pitch, so when something doesn’t work he doesn’t disappear out of the game for 10 minutes.”

Despite these comments, it is pretty clear for all to see that the 28-year-old is second choice behind Roberto Firmino in the Reds pecking order, with Klopp preferring a team player to a sometimes selfish goalscorer.

That’s why West Ham need to make him an offer he can’t refuse and bring him to The London Stadium, he would be the cherry on top of their transfer business this summer.

He would be relatively cheap too, with his contract expiring next summer he should be available for a knock-down price, which would go some way to balancing out his reported wages of £120,000-per-week (Spotrac).

Surely the players that the Hammers have brought in already this summer are on par with that reported wage anyway?

The big reason they should buy him is because of his outstanding goalscoring record. The former Manchester City striker has scored 64 goals in 133 games for Klopp’s side and is a genuinely lethal PL forward.

The only downside is his injury record, which is very poor indeed, but Manuel Pellegrini’s side did sign Jack Wilshere this summer so if they gambled on his fitness, why not gamble on Sturridge’s?