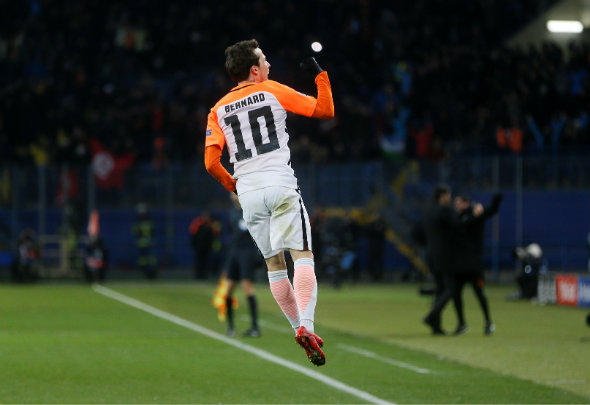 Brazil international Bernard is weighing up an offer from West Ham after leaving Shakhtar Donetsk at the end of his contract this summer, according to UOL Esporte.

The Brazilian outlet report that the diminutive speed machine is considering the Hammers offer alongside one from Chinese Super League side Jiangsu Suning, who have offered more lucrative terms.

UOL claim that West Ham see free agent Bernard as a perfect addition to their squad this summer following his departure from Shakhtar, with the player’s agents currently in Europe in talks with potential suitors.

Bernard was seen as one of football’s next big things when he came to Europe and joined Shakhtar in 2013, and although he has not lived up to that billing, he would be a brilliant addition for the Hammers.

The electric 5ft 4in pocket rocket [Transfermarkt] would add some much-needed pace to the Irons attack, and would also offer them width which they lacked last season.

The possibility of a free transfer for a player of such quality does not come around very often, and it is one that the Hammers must look to take this summer.

It looks like West Ham have put themselves in a good position by submitting an offer to the Brazilian, but the cash-rich competition for his signature could prove decisive.

Moves to China in search of riches has been a path well-trodden in recent years by top level footballers, and Bernard may indeed end up making his decision based on money.

However, if he is to prioritise football, then West Ham is the easy choice, and they must now hope he has ambitions to further his career on the field, rather than off it.