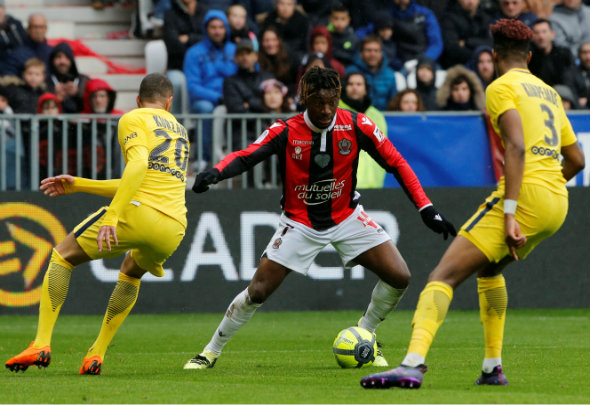 West Ham boss Manuel Pellegrini is weighing up a bid for Nice speed machine Allan Saint-Maximin, according to The Sun.

The newspaper report that the Chilean is considering a bid of around £18million for the 21-year-old winger, who scored five goals and provided nine assists in all competitions in 2017/18.

The Sun claim that Pellegrini is eyeing up Saint-Maximin with Manuel Lanzini facing months on the sidelines in a massive injury blow, while moves for Javier Pastore and Felipe Anderson are looking tough amid massive financial demands.

Saint-Maximin is one of France’s up-and-coming young stars, and the winger has impressed during his first season at Nice following a £9million move from Monaco a year ago.

The 21-year-old offers blistering pace on the wings, with his skilful dribbling being his main asset going forward, but the starlet is also showing some big improvements in other areas.

An £18million deal looks good value for money, especially considering the club’s other options, and Pellegrini would do well to push this one through for the Hammers.

It looks as though West Ham’s interest in the France youth international is still in it’s early stages, with Pellegrini just weighing up a bid at this point.

If that interest is firmed up in the coming days with a bid tabled, then there is no reason to think that the Hammers could not get this one wrapped up pretty quickly.