West Ham must move for Hudson-Odoi 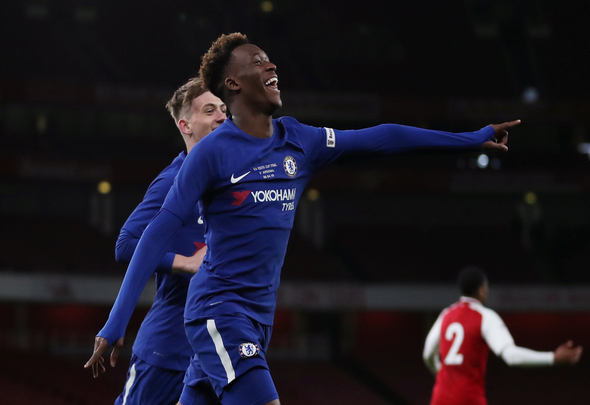 West Ham must take advantage of Chelsea loaning out one of their brightest talents in the form of midfielder Callum Hudson-Odoi by signing him this summer.

The Sun reported on Sunday that the teen sensation had been earning rave reviews for his performances in the FA Youth Cup this season, which the Blues won, and had caught Real Madrid, Juventus as well as Barcelona’s eye.

However the newspaper went on to state that despite the interest of such high profile teams, Hudson-Odoi was likely to be shipped out on loan for next season, not sold.

The 17-year-old attacking midfielder’s form has already earned him four brief appearances for Chelsea’s first-team this season, with two outings coming in the Premier League, and it’s time he got more senior football under his belt.

West Ham should ensure that they’re the team to benefit from such a talented player being available on loan by snapping him up as soon as possible.

Hudson-Odoi has scored six goals in nine appearances in the Premier League 2 this campaign and has showcased the fact that he is an exciting attacking prospect for a team to have.

The teen’s reputation has already spread throughout Chelsea supporters and it’s clear that some of them wouldn’t mind seeing him regularly feature for their side.

So when you consider that the Blues are currently sat fifth in the Premier League and fans think Hudson-Odoi can do a job for them, imagine what a revelation he could be at the London Stadium.

David Moyes, if he’s the man in charge next season, knows that he has to completely rebuild the Hammers’ squad as not only is already lacking in numbers, it’s dramatically missing the quality to achieve the side’s goals.

The Hammers should be at least pushing for a top 10 finish in the Premier League next season, and Hudson-Odoi is capable of helping them do that, even though he’s only teenager.

The attacking midfielder would add a much-needed younger pair of legs to the Hammers’ midfield and would be capable of creating opportunities for hotshot forward Marko Arnautovic to put away.

Also with Hudson-Odoi being signed on a loan deal, the creative talent wouldn’t take too much money away from the Hammers’ transfer budget, which would allow them to make the other signings needed.

Therefore with Chelsea’s teen sensation reportedly set to be available on loan next season, the Hammers must snap him up in the summer.