West Ham must hold onto Neufville 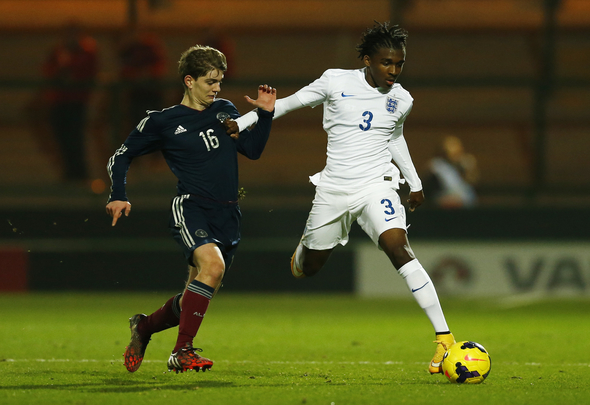 Teenage defender Vashon Neufville has shown all the signs that he should one day be the crown jewel of West Ham, however the club are now likely to make a huge blunder as Arsenal and Manchester City are interested in him.

ESPN reported on Friday that the Gunners and Man City were tracking the 18-year-old left-back’s situation as he had submitted outstanding performances against both clubs last month when playing for the Hammers’ U-23s side.

The broadcaster claimed that Neufville is about to enter the final year of his contract at the Hammers, and it’s a worrying thought, that his contract scenario suggests an exit could happen.

The left-back may have only ever got as far as making the bench for the first-team, he was an unused substitute against Shrewsbury in January, but his potential is known.

Neufville has featured 13 times for the Hammers U-23s side this season in the Premier League 2 and looks like having the world at his feet if he continues to keep developing.

The 18-year-old’s ability is not only shown by the two Premier League giants showing an interest in him, but by the fact he has featured for England’s U-16s and U-17s side.

The Hammers have one of the nation’s most promising left-backs in their hands, though it’s still mostly raw potential, and it’s too soon for the club to let him go from their grips.

While many will claim that if he was truly destined for greatness he would be involved with the Hammers first-team, as 19-year-old Declan Rice is regularly called upon, but just because he hasn’t been given his chance yet doesn’t mean he should be written off.

Fellow teenager Rice may have caused everyone’s jaws to drop with some of his amazing performance this season, however the Republic of Ireland international was afforded a chance in the first-team and grabbed it with both hands.

Who is to say that if given a similar opportunity next season, Neufville wouldn’t do the same?

As his ability certainly suggests that he is capable of making some form of positive contribution to David Moyes’ side sooner or later.

Therefore with his contract expiring in 2019 and two tempting clubs to play for circling, it seems that the Hammers could be set to make a huge blunder by letting Neufville get away from them, when it reality he should be considered on course to be a future crown jewel of the club.