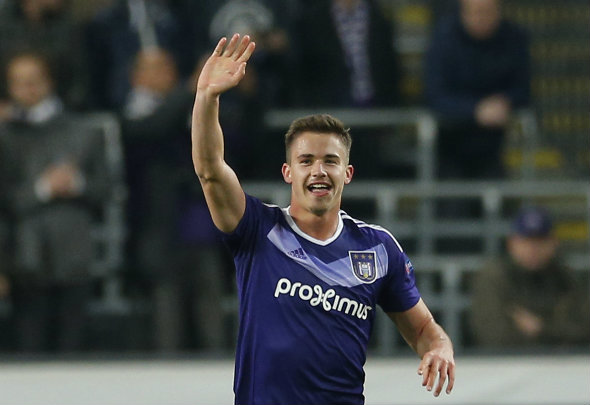 West Ham United face a crucial summer transfer window as they look to put a disappointing 2017/18 campaign behind them, but there are already some worrying signs emerging that suggest months of malaise may lie ahead.

The newspaper claim that the Irons are stalling on a bid for the Belgium international because they are unsure he is worth the £18million asking price.

While the logic here may be sound, the lack of conviction shown suggests that the Hammers will be massively limited in their budget this summer.

In today’s market, £18million is a pretty average price for a decent midfielder, and clubs should expect to pay around that much if they want to bring in quality players.

Dendoncker himself is a full Belgium international, and has been destined for a move to a bigger club for the last two seasons or so.

Manchester United have been linked with him in the past, and there will no doubt be other suitors this summer, so the Hammers cannot afford to be so complacent in their dealings.

£18million is clearly a fair price for the 23-year-old, and the Hammers’ unwillingness to stump up the cash indicates deeper problems at play.

There is clearly a need for relatively big spending at the London Stadium this summer, with the current squad only just managing to avoid a final-day relegation battle.

Dendoncker is also the kind of player that would fit in perfectly at the club right now, with the Irons failing to nail down a regular central midfield partnership this season.

Such complacency in their search, while not fatal at such an early stage, may come back to bite the Hammers in the coming months if it continues.

Any uncertainties that remain before the window, such as the future of manager David Moyes, must be sorted out, and the Scot must then pull his finger out before next seasons rolls around and they are left staring down the barrel of another relegation dogfight once again.