West Ham must move for Mawson 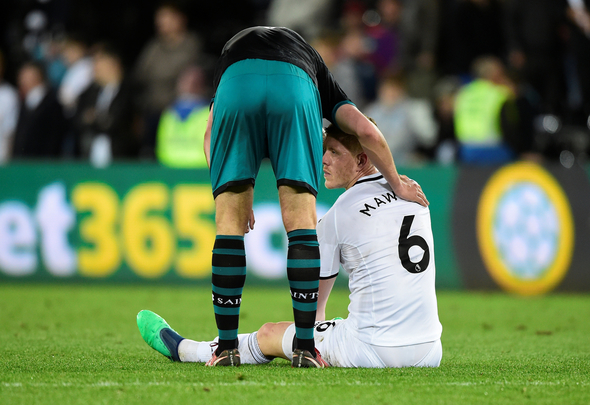 West Ham defender James Collins confirmed on Wednesday he is leaving at the end of the season and the club now need to move swiftly to find a replacement.

The 34-year-old revealed on his official Instagram account that he will be exiting the London Stadium this summer when his contract expires.

His exit has not gone down well with supporters after 217 appearances for the Hammers and manager Manuel Pellegrini now needs to look at bringing in a new centre-back option as soon as possible.

West Ham have already been linked with a move for Alfie Mawson following Swansea’s relegation from the Premier League and Pellegrini should step up the interest immediately.

The Guardian reported that both West Ham and Southampton were interested in the enforcer and that he is likely to cost £20million.

It is understood his value could have been much higher had an injury not ruined his World Cup hopes with England and if the Swans had stayed in the top flight.

West Ham need to try wrap up a deal for Mawson quickly and he would be the sort of marquee addition that would be an excellent start to the Pellegrini era.

The no-nonsense centre-back was the standout player for Swansea this season and has the quality to be a real force in the Premier League.

He has an excellent range of passing that could see him slot in nicely to the Hammers backline and would be an improvement on their existing options.

Mawson’s £20million price tag looks an absolute bargain in today’s market and the 24-year-old would help bring down the average age too.