Tarkowski would be perfect for Hammers 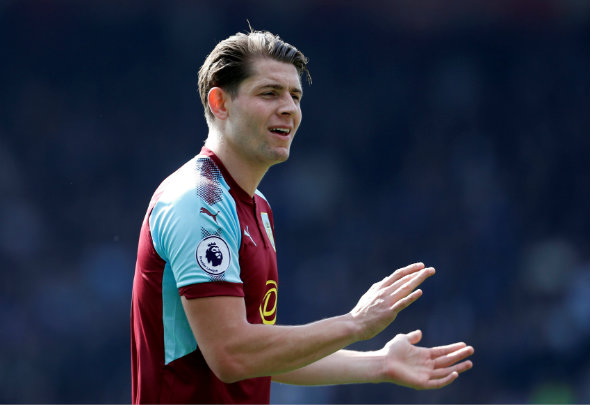 Manuel Pellegrini will have already set his sights on several players he wants to sign after becoming the manager of West Ham United, with defence certain to be a priority for the Chilean.

The Hammers conceded a joint league-high 68 goals in 38 games this season, and that is an area which needs close attention this summer if they want to climb the table next term.

According to the Mirror, Pellegrini is considering swoops for Newcastle captain Jamaal Lascelles and Burnley enforcer James Tarkowski in the coming weeks.

While a swoop for Lascelles would be brilliant for the Hammers, there would seem to be little chance of that happening with the 24-year-old club captain at St. James’ Park.

That leaves us with Tarkowski, who would be an equally brilliant signing for the Irons this summer.

The 25-year-old has shown himself to be an international level defender with his form for the Clarets this season, earning his first England call-up in March.

He formed one half of one of the Premier League’s most-effective defences this season, with Burnley shipping just 39 goals in their 38 matches.

Tarkowski looks ready for a step up in competition, and while the clubs’ league placings may not suggest a move to West Ham would offer that, the reality is that the Hammers are a bigger club.

The opportunity to play in front of 50,000 fans every week and plying your trade under a manager like Pellegrini is sure to attract many players to the club in the coming months, and Tarkowski would be no different.

The 6ft 1in enforcer [Transfermarkt] would be able to slot straight in at the back for the Hammers, possibly alongside the left-footed Angelo Ogbonna, who had a fantastic season.

Tarkowski would not come cheap for the Hammers, but they cannot afford to skimp this summer as Pellegrini looks for real backing, and a move for him in the coming weeks would be a masterstroke from the Chilean.