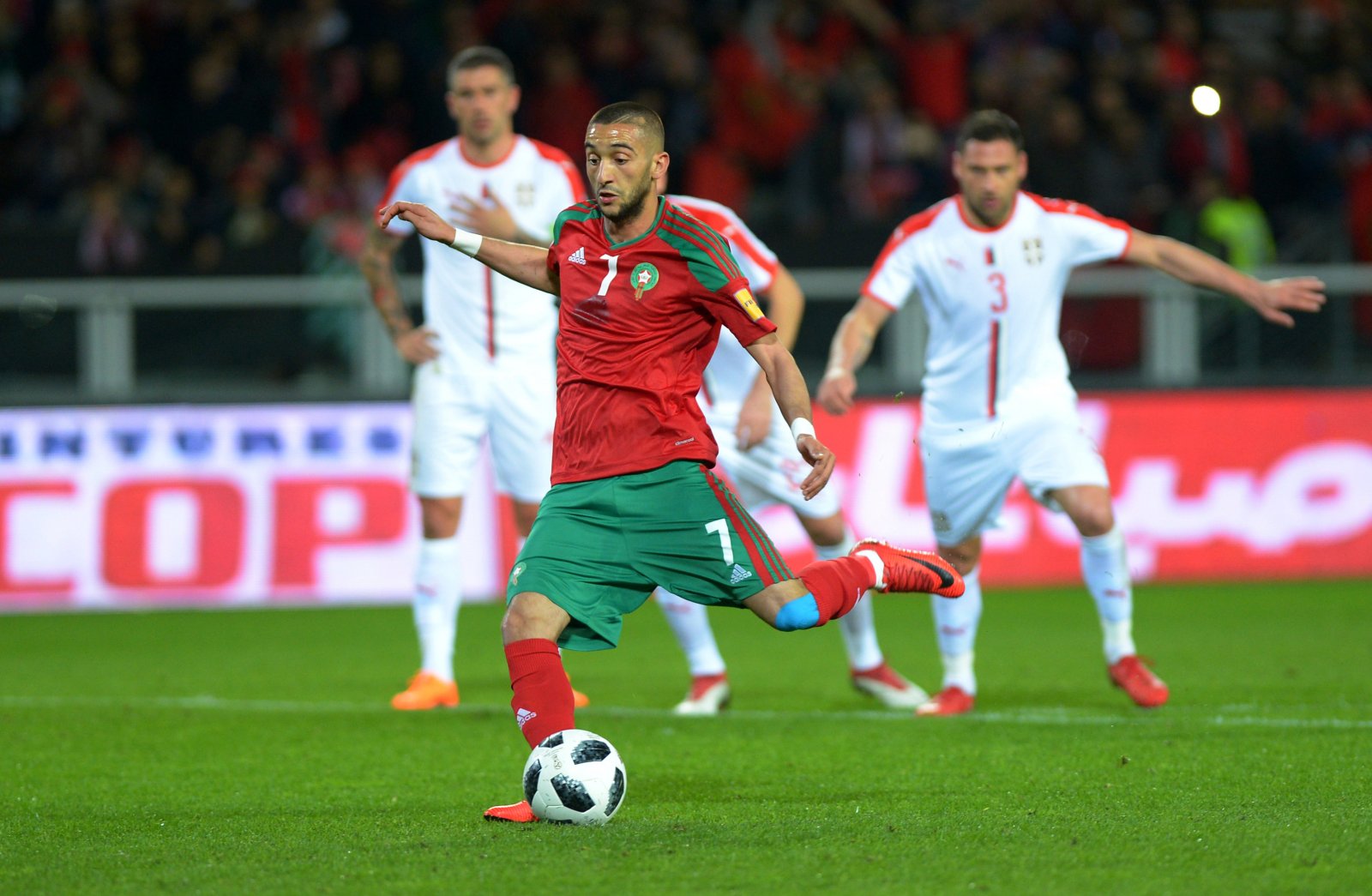 West Ham are seeking an injection of talent to their side in this summer’s transfer window after a campaign that has left David Moyes’ side flirting with relegation.

The Hammers have enjoyed an upturn in form since March’s international break, beating Southampton before draws with both Chelsea and Stoke City, but know their Premier League status is not yet secure.

Moyes is preparing for a busy summer though and the latest reports suggest he’ll go head-to-head with top-flight rivals Everton for the services of a highly-rated international, who could catch the eye at this summer’s World Cup.

Calcio Mercato state the performances of Ajax midfielder Hakim Ziyech this season have not gone unnoticed, with the two Premier League sides eyeing the signature of the Morocco international- and Spanish giants Valencia are also keen.

With 13 assists this season, Ziyech certainly presents West Ham with the creativity they’re looking for in the final third and he also has an eye for goal, boasting an impressive return of eight goals in 14 international appearances.

Ziyech will be one of Morocco’s leading men at this summer’s World Cup, where the African nation face a difficult task in a group alongside Portugal, Spain and Iran.